We were hired by B & B Builders to replace eleven half round, acrylic, barrel vault skylights located on the Littleton Day Surgery center. The building was completed in 1985 and the skylights were long overdue for replacement. We conducted a survey in 2009 and they were not in good shape then! 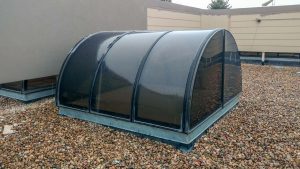 One of the eight smaller unit skylights. 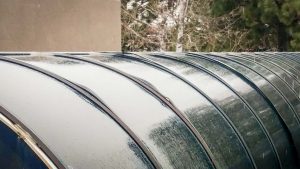 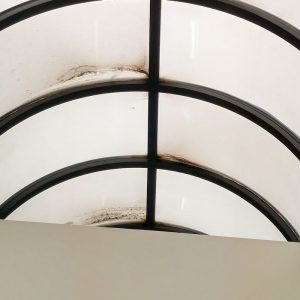 Water has been trapped between the glazing. 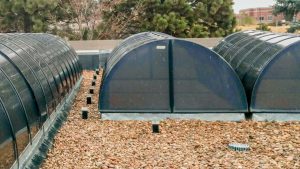 The tandem units will be replaced with one barrel vault.

We can’t interrupt the scheduled surgeries.

One of the  project’s major concerns was to complete the project without disrupting the normal operation of this eye surgery center. With careful planning and our experienced crew, we were able to start the project after business hours on a Friday and complete it before the center opened for business on Monday. 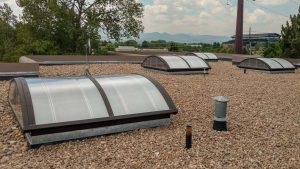 Several of the smaller units. 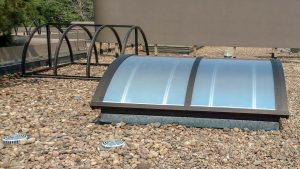 Notice the difference in the profile of the old frame in the background. 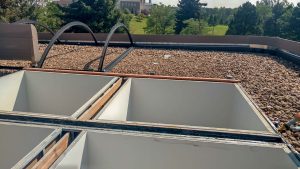 The curb of the old tandem units. 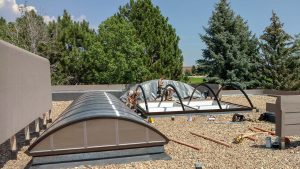 New framework being erected to replace the old tandem units. 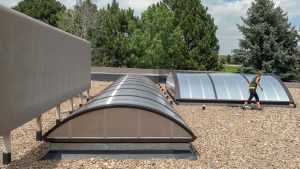 In addition, replacing the tandem units with one unit eliminates  a major source of problems—the nearly inaccessible gutter between two units.