Many skylight designers from the 80’s inserted a gutter in-between two barrel vaults. The idea was the skylights were smaller, which cost less, and it was easier to design a structure to support them. Smaller skylights have less loads including thrust and therefore were easier to design curbs to hold that thrust. The problem starts with difficult access not only to the skylight but also to the gutter for necessary maintenance by roofers, etc. Narrow gutters are sometimes impossible to work on and fill with debris and mud which is very problematic. 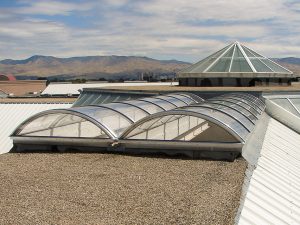 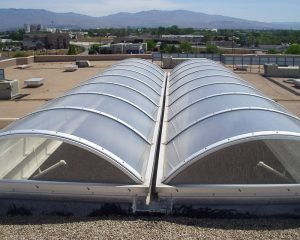 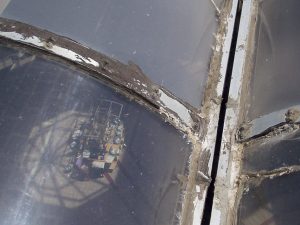